Tessa and Karl get married 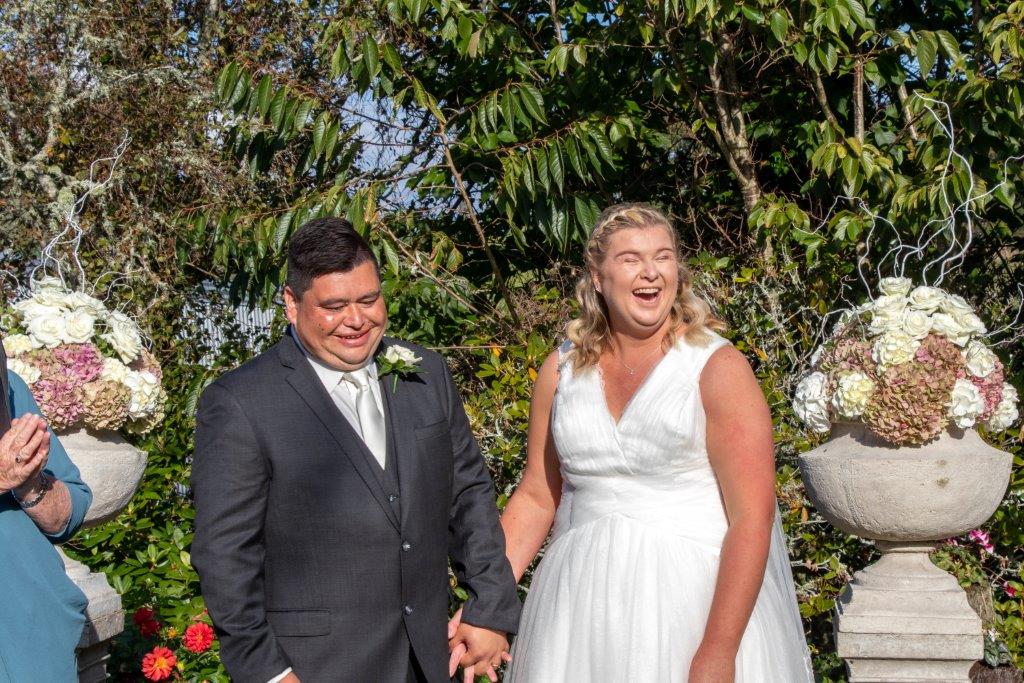 Tessa and Karl were married in 2019 and are now living together. Tessa works part-time in a cafe and sometimes helps out on the family farm, and Karl enjoys swimming, rugby and cooking his new wife great dinners.

Tessa first met Karl Horo at an IDEA Services Christmas party in New Plymouth. Then on Christmas Day she was given a present containing more than just chocolates. Inside was a small black box holding a three-circle diamond ring.

A wedding proposal wasn’t what she was expecting when she turned up to Karl’s parents’ place for Christmas. “His parents asked my parents if he could marry me. I didn’t know. He said, ‘Will you marry me’? I said ‘Yes’.

Tess and Karl were married the following Easter in the garden at Tessa’s family farm near Inglewood. Tessa says she wore “a big, poofy, big beautiful dress that I got from a lady down in Opunake”. The couple live together with Minnie, their miniature schnauzer, in New Plymouth.

She and Karl shared their love story and their wedding photographs at a recent Supported Living self-advocacy forum in New Plymouth. It was one in a series of meetings being independently run for people in our services by the National Health & Disability Service.