Buzzing about the Beehive 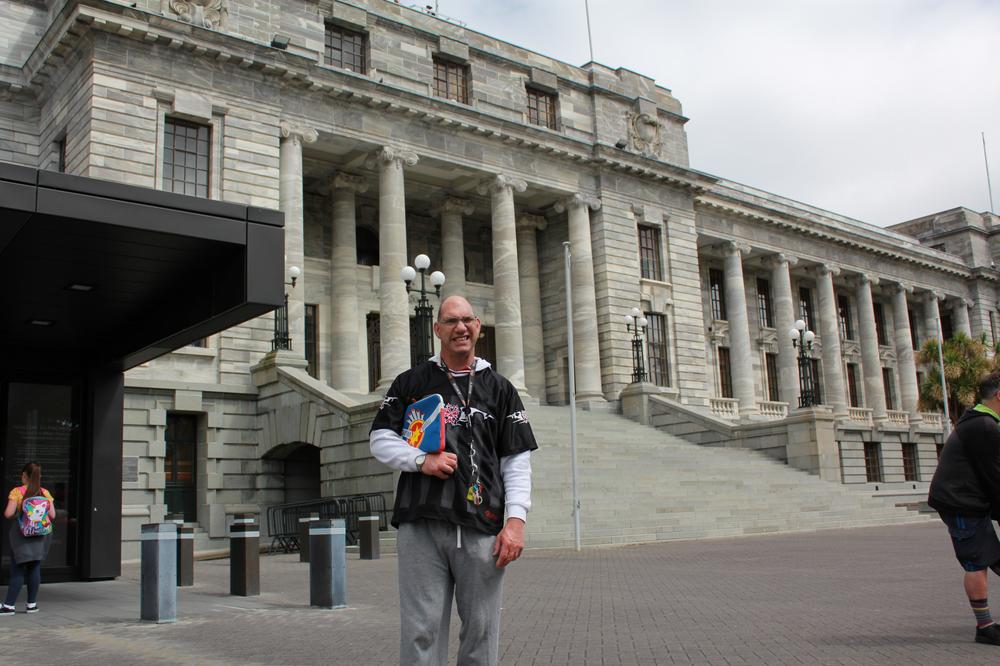 As we shake off our lockdown hangovers, many of us are making the most of attractions, events and experiences in our own backyard.

Keen to make the most of what Wellington has to offer, a group of people using our services decided that a trip to tour New Zealand Parliament was a great place to start.

There was a palpable excitement in the air as everyone met up outside the Beehive before heading in for the tour. This only grew when Director-General of Health, Ashley Bloomfield, dashed past on his way to a meeting in what many hoped would be the first of several high-profile sightings.

The group, particularly Daniel, Julian and Tony, flexed their parliamentary knowledge throughout the tour. Tony was also not shy in advocating for change that he wants to see in the current government, responding to an invitation for questions with, “When can I speak to Jacinda about increasing my weekly payment?” Something that many New Zealanders are urging the Government to consider.

The tour concluded with a trip to the theatre, a familiar location to anyone who watches the daily COVID briefings. Daniel and Julian were given the opportunity to temporarily fill the shoes of Rt Hon. Jacinda Ardern and Ashley Bloomfield at the podium, fielding questions from a room of keen “journalists”.

A big thanks goes to Sam Nguyen who was instrumental in organising the logistics of the tour. With a long list of Wellington attractions, we can’t wait to see what's next.

Photo caption one: Tony Hofsteede outside Parliament House, waiting for the tour to kick off.

Photo caption two: The group outside what is arguably the most famous building in Aotearoa!