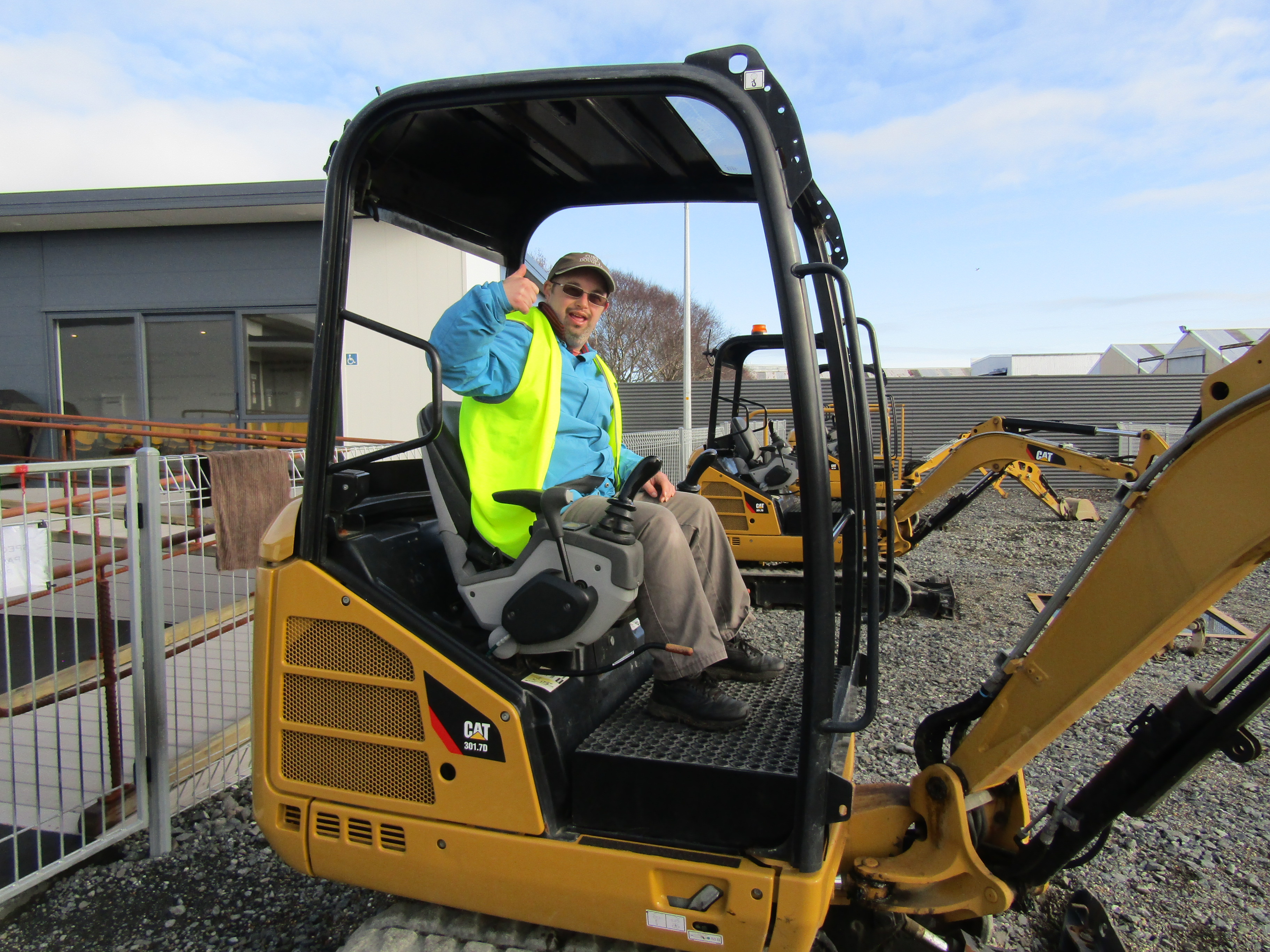 People in Supported Living get to enjoy some fun activities. For example, IDEA Services, the Southland community and a charity golf tournament joined forces to give a group of people an earth-moving experience.

The 2019 Winton Lions IHC Charity Golf Tournament for IHC Southland raised $5000, which was allocated to people with intellectual disabilities in Invercargill who are living independently.

The proceeds allowed eight enthusiastic earth-movers to take the controls of some heavy machinery in a giant gravel pit at ‘Dig This’ fun park.

Moving rocks, tyres, and even crushing a car

Dig This Invercargill is a heavy-duty playground where the boys’ toys arefull-size for guys – and gals – keen for some ground-breaking action. Visitorscan take control of bulldozers and excavators and move piles or rocks or tyres backwards and forwards, or even crush a car.

Dig This has a variety of machines for people to choose from, including 15-tonne diggers, one 20-tonne digger (to smash cars), two 10-tonne bulldozers,two five-tonne diggers, two all-terrain Skid Steer Loaders and four two-tonne diggers. Players can take friends and family to watch them ‘Dig and Destroy, try a ‘BigPush’ a ‘Big Dig’ or an ‘Aggression Session’.

IHC Association Chair Juli Marshall says the Winton Lions Club has been astrong supporter of IHC Southland over many years. Club President Allan Wilson believes the tournament would have raised at least $200,000 in the past 53 years.

In 2019 the IHC Southland Association decided to allocate the money to benefit 29 people in our Supported Living Service.

“We were very aware that people in Supported Living have the highest costs and the least money to spend on things,” Juli says.

Pat Tauranga, Service Manager for IDEA Services, says the golf tournament money has paid for St John’s first-aid kits, movie and theatre tickets, café visits and trampolining, as well as visits for eight men to Dig This. She says IDEA Services staff have volunteered their off-duty time to accompany service users on the visits.

Support Worker Melissa Beukes watched the Dig This action from the sidelines over several weekends. “All of the guys really did enjoy themselves,” she says. “The girls weren’t really too interested so we took them trampolining.”

Juli says golf tournament money has paid for indoor and outdoor furnitureat residential homes, contributed towards a tunnel house where people with disabilities grow vegetables for the homes, and music therapy and the bike recycling programme.