Francis honoured for his long and loyal service 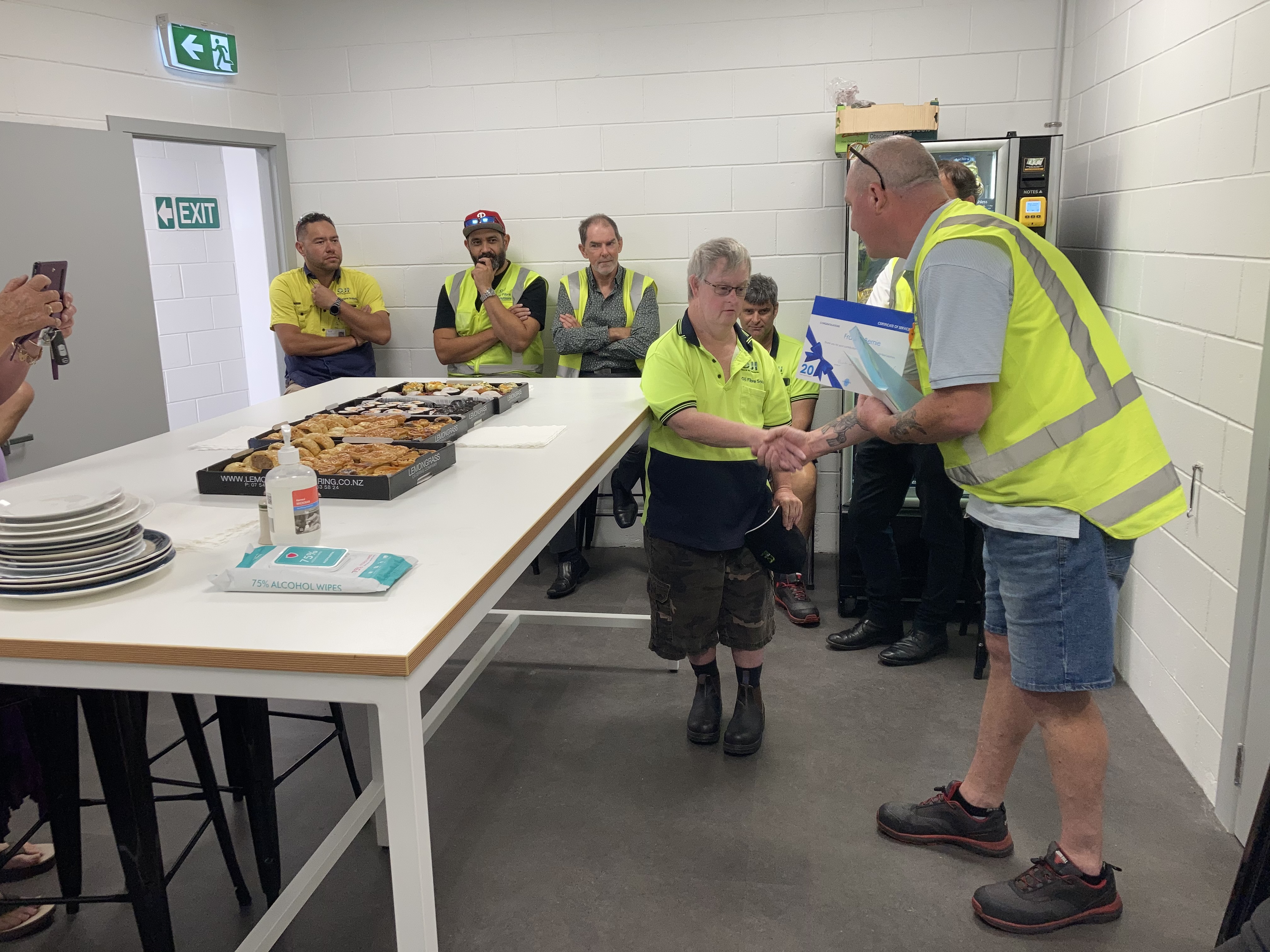 Not many people can boast of a 20-year career with one company – but Francis Bernie can.

Francis, a modest man of few words, says his job is “good” and he enjoys having fun with his mates.

Asked what he wanted to do now, Francis said: “Work a long time, and make lots of money!”

His sister Bronwyn said Francis got a bit of a fright at first but is really proud of his certificate and letter of congratulations.

“The job means everything to him,” Bronwyn says.

“In fact, even when he was told he could finish early as a treat that day, he didn’t want to go home!”

Francis arranges file boxes on to pallets in his part-time role, that IDEA Services helped him secure.

“Francis is just great to have around,” Paul says.

The ceremony was the second time Francis has received recognition. He was also honoured after his first ten years.

Bronwyn, who lives with Francis, is full of praise for his employer.

“They’re really good with him,” she says.

“He will keep working there until they kick him out.”

Francis is a joy to be around

Tauranga Service Manager Haley Thomas said Francis is quiet, caring, and keen to get involved in activities – in short, a joy to be around.

“A lot of our staff have a soft spot for him,” she says.

“He’s a really big part of our family.”

As well as the certificate, Francis received a $200 voucher for the Mount’s Bayfair shopping mall.

“He’s a big Star Wars and Dr Who fan, so we’ve a pretty good idea where that’s going to be spent,” Bronwyn says.